X
This site uses cookies to provide and improve your shopping experience. If you want to benefit from this improved service, please opt-in.
More Info
Accept Cookies
NEED ASSISTANCE? CONTACT US ON WHATSAPP 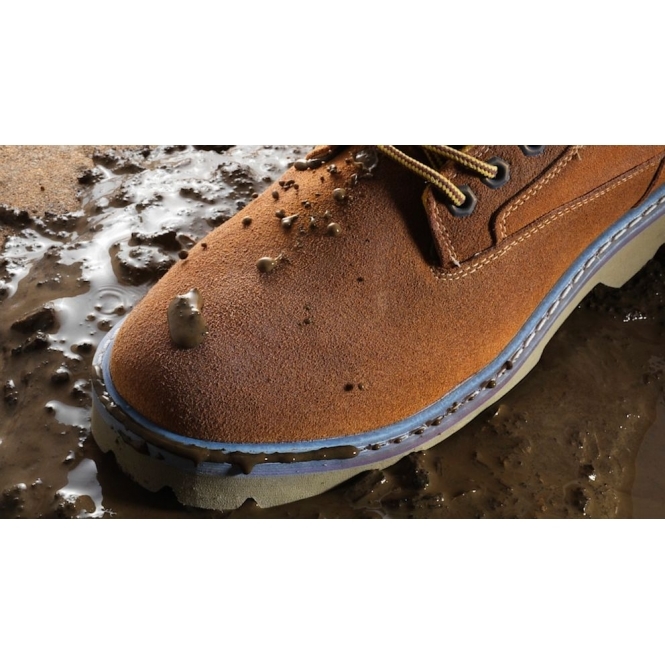 Order by 5pm for delivery on Monday 17th May
Loading Size Options...

PLEASE NOTE: This is applied in our warehouse before dispatch. You will not receive a physical product/bottle of treatment.

Our unique scotchguard protect service is a specially designed treatment to be applied to any suede, leather or satin upper item.

We will treat your footwear/accessories with a commercial grade water resistant application before dispatch to ensure you have the ultimate level of protection for a very small price indeed.

The treatment will form an invisible layer of protection on your item.

You can opt for optimum protection from water stains, mud, dirt and snow.

This service is non refundable.

Standard delivery is FREE of charge for UK customers when spending more than £10 (Delivery cost is £2.50 when spending less than £10). We use Royal Mail for all UK deliveries. Larger orders for 6 pairs or more may be sent via a courier and entirely at our discretion.

International Delivery
We use DHL exclusively for international postage.
This ensures you receive the fastest and most secure transit of your goods.
In most countries, this is a door to door service. Orders being delivered to non-UK addresses may be liable for duty and VAT.

Refunds & Exchanges
To return your item for a refund or exchange you must do so within 30 days of receiving your item. Terms and conditions apply. Please see our Delivery/Returns page for full details.

Your privacy and security is our priority. We are pleased to inform you we use the latest secure technology to ensure your details are never compromised. Your connection to DesertBoots.com is encrypted on all our pages, 100% of the time. Encryption makes it virtually impossible for unauthorised people to view information travelling between computers. Our site is certified by GeoTrust Inc, a leading provider of SSL technology. If you have any questions regarding this, please do not hesitate to get in touch.

We offer 2 secure methods of payment:

Klarna is a payment solutions company that offer easy and straightforward one-click payment options. They also offer more ways to pay subject to approval including:

Make an instant payment for your goods.

Pay up to 30 days after your order interest free with no impact on your credit score. This allows you to make sure you're 100% happy with your order before purchasing.

This option allows you to pay for your order in 3 interest free instalments, with 30 days between each payment. The first payment will be taken at point of purchase.

PayPal is a secure online payment service with built in buyer, fraud & data protection working closely with your bank to provide a hassle free online shopping solution. You can pay with the card your account is set up with, or with your PayPal balance for goods.

This is really worth such a small extra fee to keep your trainers looking their best. If offered I will always add this to my purchase.

Seems to be a decent product having got caught in a summer downpour it works.

Brand new and got caught in a rain storm. Probably not quite wellies but bloomin' close.

Any marks on the boots came off easily

worked as it's meant to, very good

Walked around Amsterdam in the rain for a couple of days and didnt get wet socks.

Even if the rain marks them one brush and its gone

Excellent value - I'm inclined to keep my slippers on in the garden and they haven't come to any harm at all thanks to the Scotchguarding.

The Scotchguard protect has been brilliant. I have had a couple of marks on my Gumbies. They came off after a quick wipe with a damp cloth. I was amazed at how easy it was, better than anything I have used before. Great value for money.

Very satisfied with quality and service

Cannot comment on this product as it has not arrived yet. I would have thought it would have been in the box with my boots but it wasn't. I will comment later when it finally does arrive.

The shoes were of a good quality & nice & light,compared to other suppliers they were a good price.Thanks

Good value very comfortable boot. Simple style but well made,and more important they didn't give my feet blisters like other boots I have bought.

A great product at a good price. I have used this company before and will be using them again. Highly recommended.

Worth that little bit extra to have easy to clean suede boots.

this is well worth the £2 I wore my dessert boots for the first time to my 9 yr grandsons birthday bash within 5 mins they had been kicked and had food dropped on them but a quick wipe with a clean damp cloth and there is not a mark on them.

Excellent quality and value for money, best on the market!

Doing the washing up shortly after buying the boots (which are good) and some water fell on the toe - they were supposedly Scotchguarded but it's left a mark even when it dried out completely.

Never recieved my free scotchguard so I'm not in a position to rate it.

I got these boots for a birthday present for my son, so he hasn't worn them yet but I was very happy with the whole shopping experience and the delivery came within 2 days!!! How quick is that!!! I would definitely recommend :-)

Paid for scotch guard ...weather wet and windy 3 days later......saturated...either they forgot to do it or it's rubbish\nordered more boots since as the boots are great and bought my own protection spray...will last for ages

I know there was some Scotchguard Protect applied to the boots as I could smell it as soon as I opened the box. Unfortunately, whilst in a bar, someone spilt a few drops on my boot - as they were tanned suede it showed up instantly, instead of simply rolling off as it did on the advertisement. It was quite disapointing as this was the only time my boots got wet that night, and I had to clean them thoroughly the next day because it left a stain.

I did have a problem with what I thought was a water stains but cleaning the shoe with a good leather cleaner removed the mark. I suspect that it may have been more than just water that caused the stain.

I did have a problem with what I thought was a water stains but cleaning the shoe with a good leather cleaner removed the mark. I suspect that it may have been more than just water that caused the stain.